The Marbán Laboratory focuses on two disease themes. The first builds on the long-standing interest of Eduardo Marbán, MD, PhD, in the molecular basis of excitability to create novel, biologically based treatments for cardiac arrhythmias.

The Marbán Lab was the first to create a de novo biological pacemaker, work that is now proceeding toward first-in-human clinical testing. The laboratory is also developing extracellular vesicles as therapeutic agents for refractory ventricular tachycardia.

The second broad category of research in the Marbán Laboratory is in cell therapy and regenerative medicine, which the team has pursued for 16 years. The Marbán Lab was first to isolate and characterize a type of adult progenitor cell known as cardiosphere-derived cells (CDCs), which are now in advanced clinical trials. The first manuscripts defined the engraftment, differentiation and functional benefit of CDCs in murine and porcine models of myocardial infarction. Subsequently, the work has gone from proof of concept through completion of five clinical trials in patients with heart failure and/or Duchenne muscular dystrophy. These trials include ALLSTAR (the ALLogeneic Heart STem Cells to Achieve Myocardial Regeneration trial for moderate heart failure after myocardial infarction) and HOPE-Duchenne (the Halt cardiomyOPathy progrEssion in Duchenne muscular dystrophy trial). Two additional clinical trials of allogenic CDCs—Regress-HFpEF (Regression-Heart Failure with Preserved Ejection Fraction trial for heart failure with preserved ejection fraction) and ALPHA (ALlogeneic CDCs for Pulmonary Hypertension therApy)—are ongoing.

In the process of characterizing CDCs, the laboratory has shown that the mechanism of benefit is largely indirect, mediated by the secretion of extracellular vesicles (exosomes). CDC exosomes are currently being developed as next-generation therapeutic candidates for a variety of clinical indications. A major effort currently in the lab is mining the contents of CDC exosomes to identify defined noncoding RNA species, which may themselves be viable therapeutic candidates. Work in the lab spans from mechanistic discovery science through advanced clinical trial design and analysis, a continuum to which trainees are rigorously exposed. 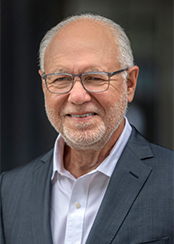 Eduardo Marbán, MD, PhD, is an international leader in cardiology and a pioneering heart researcher. His 30-plus years of experience in patient care and research have led to key discoveries in gene and cell therapies for heart disease. Those discoveries have formed the basis for multiple startup companies.

Currently, the Marbán Laboratory is pioneering biologically based therapies for cardiac regeneration and biological pacemakers. All lab members have a specific role in conducting their research that will, when appropriate, enable translation of discovery work from the bench to bedside. Scientific contributions are recognized by authorship on publications, as well as inventorship on patents, when appropriate. The intellectual property portfolio for CDCs and their exosomes has been licensed to a NASDAQ-listed biotech company, which continues to move these products forward in the clinical development pathway. Work on biological therapies for cardiac arrhythmias sets the pace worldwide for this area of investigation, with a view to creating novel alternatives to devices.

Learn more about the scientists, faculty members, investigators and other healthcare professionals of the Marbán Laboratory, whose dedicated efforts lead to groundbreaking discoveries.